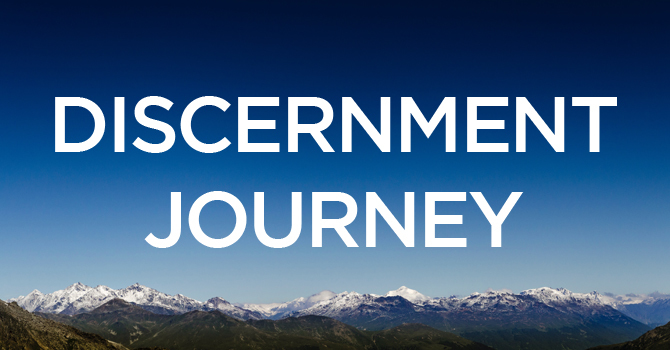 This article will be updated when we have news or information to share regarding our search and discernment process for a new lead pastor. Let's continue to pray, stay engaged and serve one another well on this journey!

Thanks to all those who were able to attend our Special Business Meeting. We saw 100 members (of 158 active members) in attendance, as well as number of others who came to offer support and prayer.

Our Council is happy to report that Dave Solmes was strongly affirmed as our next Lead Pastor in the membership vote. We were then able to pray over Dave and Julie following the meeting. Let’s thank God for his faithfulness in this season, and trust him for abundant blessing in the future!

Dave will be formally installed and begin with LWC the first week of January 2018. Until then he will continue to serve in his current role as Assistant Superintendent at the PAOC BC/Yukon District Office.

Thank you for your prayer, concern and diligence in this journey! If you’ve got any questions, please feel free to be in touch with Ryan Bedwell or Luke Knight.

*Listen to the update here

We have exciting news to share! The Discernment Team and Council has spent the last couple of months looking at applications, working through resumes and conducting interviews for the Lead Pastor role. Needless to say, we got a lot of interest! We diligently worked through all considerations. Amidst all the activity, however, it was important to remember that this is not a hiring process, but a discernment journey. With this in mind, we had important, prayerful and transparent conversations with any we felt might be a good fit, and who God might be calling.

As a result, the Discernment Team was happy to unanimously recommend a candidate to Council. The Council then, through further prayer and discussion, also came to a unanimous decision to invite the recommended candidate to move into the next phase of the journey.

Our Discernment Team and Council is excited and encouraged about the future! This, however, is not the end of the process.

The next step is for our Pastoral Team, followed by the membership and broader church, to meet with the candidate, have a chance to interact with them and ask questions. After this, our membership needs to affirm the recommended candidate in a vote.

As a church we value authenticity, so we want to be as transparent as possible on this journey. Obviously, the big question is - who is this person?! That’s a great question, but one we can’t answer just yet. At this stage, confidentiality is vital for the health of the church, the health of the candidate, and the integrity of the discernment process. We’re aiming to navigate things with as much wisdom and transparency as possible.

The next step is for our Pastoral Team to meet with the candidate in the coming weeks. They have been vital in lending their insight thus far and are also encouraged and excited!

Once the Pastoral Team has met with the candidate, the whole church will have the opportunity to meet with and interact with the candidate, ultimately moving towards a membership vote. This includes a Town Hall meeting with Q&A for any and all to attend and a Sunday service where we’ll be able to hear from the candidate as well.

As we move along, we’re asking you to join us Friday, October 13, 7PM for a Town Hall Meeting with our candidate, and to be at church on Sunday, October 15.

If you’re a member, a special business meeting (including a vote) will be held at 7PM, October 15, 2017. Members will receive an email this week with more information. Members will also receive a profile of the candidate via email a few days ahead of October 15 so you’ll be able to prayerfully consider going forward.

Everyone is welcome to join the Town Hall meeting and the Sunday services. As a point of information to those unaware, only the membership can vote in the special business meeting on October 15 according to our church constitution.

According to our constitution, we need to give two weeks’ notice in order to introduce a candidate and call for a vote. We’d like everyone to be as involved as possible, so we’re happy to share this news earlier rather than later.

In closing, can we ask something of you? We know it’s going to be tempting to speculate, whisper, press for information or even worry. But instead, can we ask you to simply continue to pray? Let’s pray for one another, LWC as a whole, and for our Council and Pastoral Team. Let’s pray for this candidate, and for God’s work and will to be done. May we continue to follow the leading of the Holy Spirit.

If you’ve got any questions, please feel free to be in touch with our Associate Pastors / Council members, Ryan Bedwell and Luke Knight.

During the month of July the Discernment Team collated the results of our church self-study (including the church wide survey and staff survey feedback) which allowed us to finalize the pastoral profile and church profile. This aids in applicant consideration as we now have a sense of what we might be looking for in a new lead pastor based on detailed research of our church. The team also researched and reviewed applications. We are happy with the progress and have been encouraged by our District Superintendent that the team is going about things with appropriate precision and speed. Please continue to pray for the Discernment Team, the Council, the Pastoral Team and the church in general as we continue this process!

Our Church Survey was a success - thank you to everyone who took the time to complete it! Over 300 people gave their feedback which will be invaluable as we move ahead. The team has recently developed a pastoral profile and is working on a church profile, each influenced by the Church Survey data collected. We can also share that the Lead Pastor role and job description has been developed and been formally posted on the PAOC website, and is being circulated appropriately. Applications are accepted via our District Superintendent who will then bring potential candidate names to our Discernment Team at the right time in the process.  Please continue to pray for the Discernment Team and Council as the process moves on!

The Living Waters Church Council has endeavored to keep you up to date as we move into a season of transition. So far we’ve assembled a Discernment and Transition Team from amongst our Council and other church members, and we’ve secured an Interim Pastor in Fred Fulford who’ll be joining us as of June 4th to help mentor the Pastoral Team and share/preach on the occasional Sunday.

The Discernment Team has met three times and has some news to share. As Doug has previously shared, and what we learned more about at our AGM in March, our Discernment Team is being assisted by our denominational (the Pentecostal Assemblies of Canada) District Superintendent, Ken Russell. With a wealth of experience Ken has supplied us with a thorough transition manual which we can adapt as needed. One of the early steps in moving forward with a transition such as this is to determine which direction to go in finding a new Lead Pastor. There are three options ahead of us: an internal process, where we consider those already serving on the LWC Pastoral Team, an external process, where we consider applicants outside of LWC, or a hybrid of the two where we consider those already serving at LWC alongside outside applicants. After much prayer, thought and conversation, the Discernment Team and Council has chosen to move to the external option. Let us share how we came to that decision.

Very early on after Doug’s resignation he asked that Ryan Bedwell and Luke Knight, as Associate Pastors, begin praying about next steps and callings. Once our Council met with Ken Russell, and as the Discernment Team was being formed, it became clear that should Ryan or Luke feel called to be involved in an internal or hybrid process there would be openness to such options. However, both Ryan and Luke felt that they didn’t wish to enter either process. They felt the time was not right to step into the process or role of Lead Pastor for a number of reasons. One of the main reasons is that both Ryan and Luke very much enjoy and feel called to their current roles as Associate Pastors and want what is the best possible option for LWC going forward, not just the obvious one. Each are eager to stress that they are as committed to and passionate about the church as ever and aren’t going anywhere. Each feel they know what they are called to do and are very happy to work hard in said callings, especially during the transition season in taking on the responsibilities of the Lead Pastor together as a team.

It’s important for you to know that our Discernment Team and Council were open to what God might say to Ryan and Luke. Our Associate Team wasn’t overlooked, but involved from the outset. We’re very thankful for the healthy culture at LWC which allowed for that. This means that Ryan and Luke, as representatives of the Pastoral Team, are now free to serve on the Discernment Team itself, and hope to bring insight as we determine who might be our next Lead Pastor. This kind of set up is not found in every church, but at LWC we have a wonderful relationship between the Pastoral Team and Council. This means the Discernment Team will be made up of Council members, Pastoral Team members and congregational members - a very healthy mix.

We want to remind you of something Doug’s been saying over the past number of weeks: Transition isn’t happening to us, but for us and through us. As the Discernment Team and Council moves to an external process (collecting congregational insight, developing a pastoral profile, collecting, eventually moving to an application process and beyond) you can rest assured that we all want what is best for Living Waters. We want the best possible option, which we know God has in store. We’d like to echo Doug and ask you to pray, engage, be positive, be patient and be faithful to your church through this process. Thank you for making LWC what it is!

Bless you this week,

Jul 5
Who Is My Neighbour?